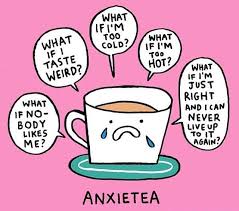 Anxiety-Schmanxiety. Part 2: When does normal anxiety turn into a disorder?

As I discussed in my previous blog, everyone gets anxious from time to time—when speaking in public, for instance, or when going through financial difficulty. Sometimes, however, anxiety becomes so frequent, or so forceful, that it begins to take over our lives.
“The distinction between an anxiety disorder and just having normal anxiety is whether your emotions are causing a lot of suffering and dysfunction,” says Sally Winston, PsyD, co-director of the Anxiety and Stress Disorder Institute of Maryland in Towson.

One individual may suffer from intense anxiety attacks that strike without warning, while another gets panicky at the thought of mingling at a party. Someone else may struggle with a disabling fear of driving, or uncontrollable, intrusive thoughts. Yet another may live in a constant state of tension, worrying about anything and everything.

Despite their different forms, all anxiety disorders share one major symptom: persistent or severe fear or worry in situations where most people wouldn’t feel threatened.

There are several major types of anxiety disorders, each with their own distinct symptom profile: 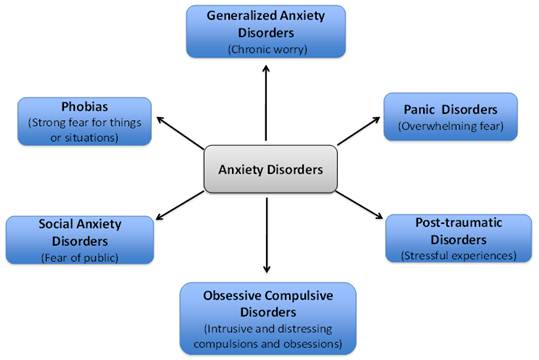 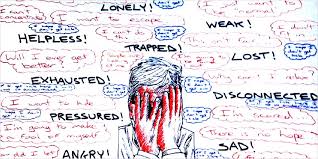 Does this sound familiar?

“I can’t get my mind to stop… it’s driving me crazy!”
“He’s late—he was supposed to be here 20 minutes ago! Oh my God, he must have been in an accident!”
“I can’t sleep—I just feel such dread… and I don’t know why!” 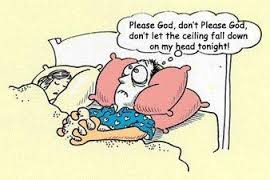 If constant worries and fears distract you from your day-to-day activities, or you’re troubled by a persistent feeling that something bad is going to happen, you may be suffering from generalized anxiety disorder (GAD). Anxiety related to GAD often shows up as physical symptoms like insomnia, stomach upset, restlessness, and fatigue. In the case of GAD, it means having persistent anxious thoughts on most days of the week, for six months.

Panic attacks are episodes of intense panic or fear. Anxiety attacks usually occur suddenly and without warning. Sometimes there’s an obvious trigger—getting stuck in an elevator, for example, or thinking about the big speech you have to give—but in other cases, the attacks come out of the blue. 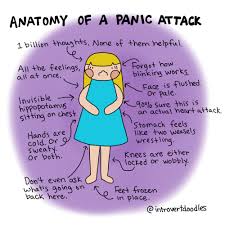 Panic attacks can be terrifying: Picture a sudden, gripping feeling of fear and helplessness that can last for several minutes, accompanied by scary physical symptoms such as breathing problems, a pounding or racing heart, tingling or numb hands, sweating, weakness or dizziness, chest pain, stomach pain, and feeling hot or cold. 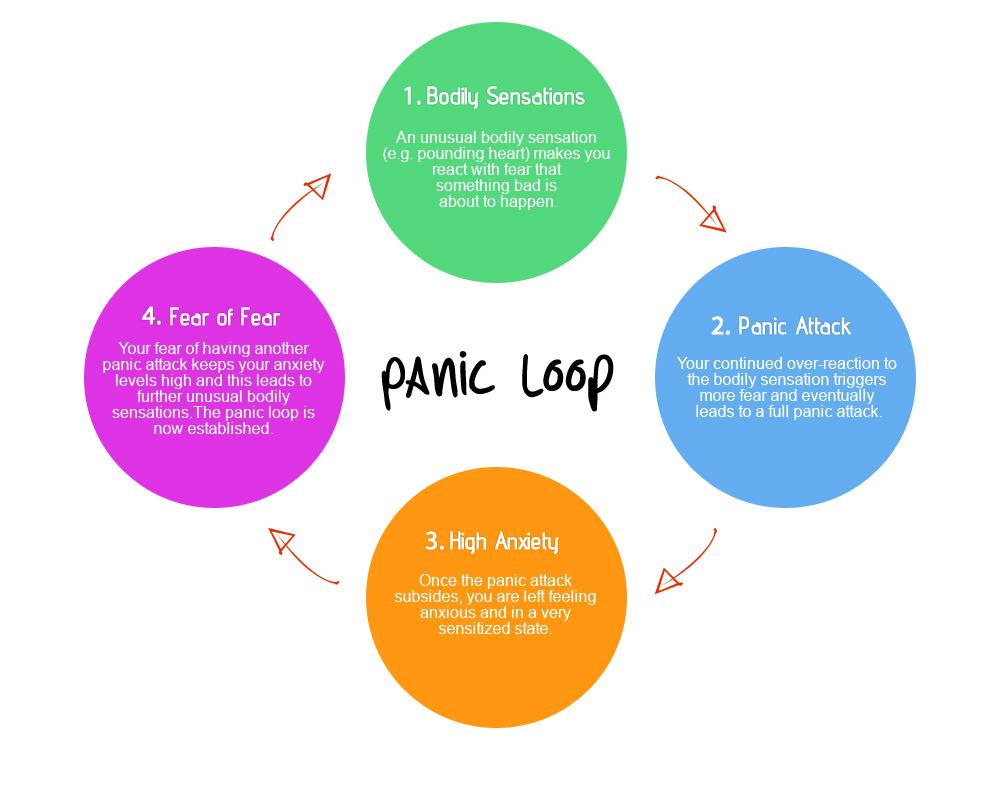 Not everyone who has a panic attack has an anxiety disorder, but people who experience them repeatedly may be diagnosed with panic disorder. People with panic disorder live in fear about when, where, and why their next attack might happen, and they tend to avoid places where attacks have occurred in the past.

The finicky and obsessive mindset known as perfectionism goes hand in hand with anxiety disorders. If you are constantly judging yourself or you have a lot of anticipatory anxiety about making mistakes or falling short of your standards. 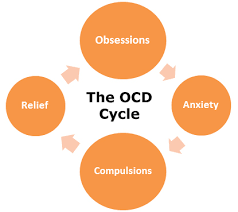 Obsessive-compulsive disorder (OCD) is characterized by unwanted thoughts or behaviours that seem impossible to stop or control. If one has OCD, they may be troubled by obsessions, such as a recurring worry that you forgot to turn off the oven or that you might hurt someone. You may also suffer from uncontrollable compulsions, such as washing your hands over and over.
OCD can happen subtly too, like in the case of somebody who can’t get out of the house for three hours because their makeup has to be absolutely just right and they have to keep starting over. 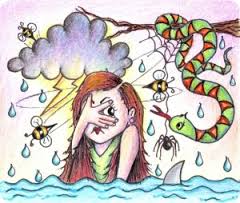 A phobia is an unrealistic or exaggerated fear of a specific object, activity, or situation that in reality presents little to no danger. Common phobias include fear of animals (such as snakes and spiders), fear of flying, and fear of heights. In the case of a severe phobia, you might go to extreme lengths to avoid the thing you fear. Unfortunately, avoidance only strengthens the phobia.
Although phobias can be crippling, they’re not obvious at all times. In fact, they may not surface until you confront a specific situation and discover you’re incapable of overcoming your fear. For instance, a person who’s afraid of snakes can go for years without having a problem. But then suddenly their kid wants to go camping, and they realize they need treatment. 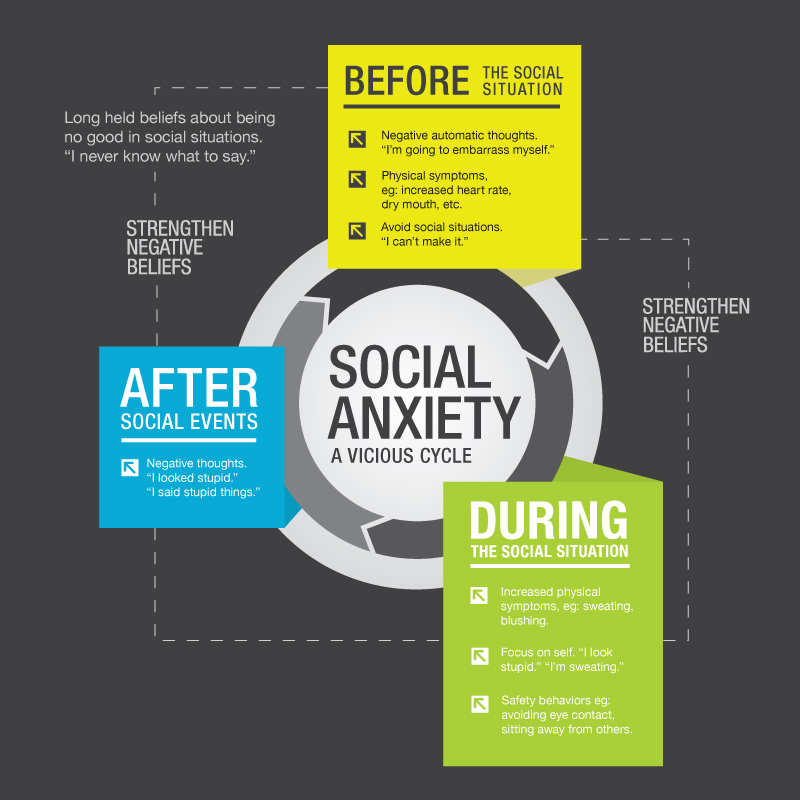 Most people get at least a few butterflies before addressing a group of people or otherwise being in the spotlight. But if the fear is so strong that no amount of coaching or practice will alleviate it, or if you spend a lot of time thinking and worrying about it, you may have a form of social anxiety disorder (also known as social phobia).

People with social anxiety tend to worry for days or weeks leading up to a particular event or situation. And if they do manage to go through with it, they tend to be deeply uncomfortable and may dwell on it for a long time afterwards, wondering how they were judged.

Social anxiety disorder doesn’t always involve speaking to a crowd or being the centre of attention. In most cases, the anxiety is provoked by everyday situations such as making one-on-one conversation at a party, or eating and drinking in front of even a small number of people. 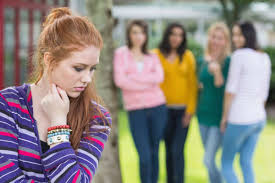 In these situations, people tend to feel like all eyes are on them, and they often experience blushing, trembling, nausea, profuse sweating, or difficulty talking. These symptoms can be so disruptive that they make it hard to meet new people, maintain relationships, and advance at work or in school. 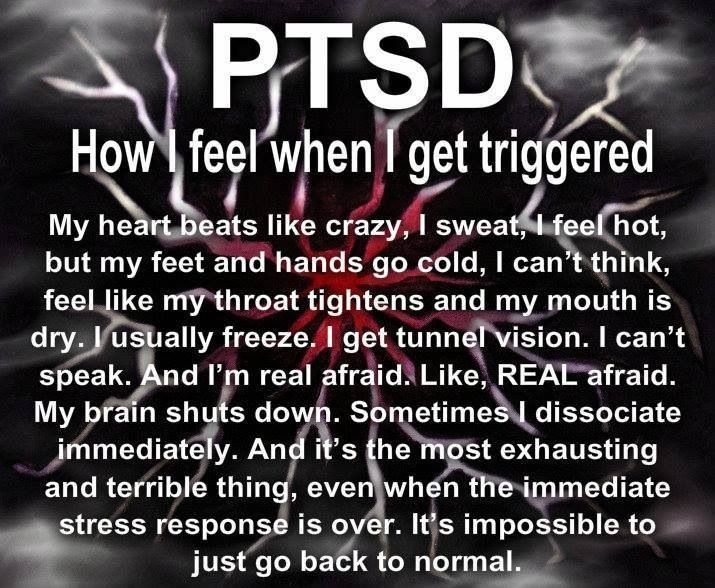 Post-traumatic stress disorder (PTSD) is an extreme anxiety disorder that can occur in the aftermath of a traumatic or life-threatening event. PTSD can be thought of as a panic attack that rarely, if ever, lets up. Symptoms of PTSD include flashbacks or nightmares about what happened, hyper vigilance, startling easily, withdrawing from others, and avoiding situations that remind you of the event. Reliving a disturbing or traumatic event—a violent encounter, the sudden death of a loved one—is a hallmark of post-traumatic stress disorder (PTSD)
But flashbacks may occur with other types of anxiety as well. Some research, including a 2006 study in the Journal of Anxiety Disorders, suggests that some people with social anxiety have PTSD-like flashbacks of experiences that might not seem obviously traumatic, such as being publicly ridiculed. These people may even avoid reminders of the experience—another symptom reminiscent of PTSD. 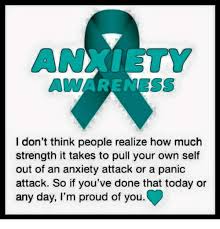 If you identify with any of the issues discussed above, do not hesitate to seek professional help. Do not self-diagnose- that’s the perfect recipe for setting yourself up for elevated anxiety. Anxiety disorders are manageable and it is possible to lead an anxiety-free, functional and happy life with proper treatment. It is recommended that you seek help when you notice the initial signs of anxiety, rather than waiting for it to turn into a full blown disorder.

Watch this space for part 3 of this series, where I will discuss strategies to manage anxiety.