The Story of an Empath: Being in-tune with your inner voice

Priya had lost count of the number of times she had had been told “You’re crazy” or “You need to have thick skin to survive in this world”, ” Your too emotional, obsessive”

She was often left wondering which emotions were her own, and which belonged to others. When people she cared about hurt, she felt their pain so deeply that it was hard to distinguish. In relationships, she found herself donating so much of her own feelings that she suffered from a distinct energy shortage at the end of the day. Often she would pick up a ” vibe” and could feel out others “energies.”   She would intuitively know what was going on with those close to her and would reach out. Often at the cost of being intrusive or being told she is incorrect. But this did not make her “crazy”.

It just meant that she’s a highly sensitive person in tune with not only her own emotions but those who surround her. It made her an empath – one with a wonderful gift of clarity that should indeed be treasured and used for the greater good. 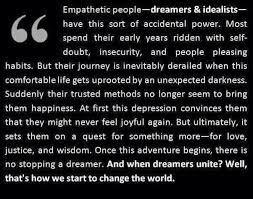 What does it mean to be an empath? And why does it tend to make day to day living so challenging?

Derived from the Greek “em” (in) and “pathos” (feeling), the term empathetic means you’re able to feel the feelings of others. But for empaths, this sensitivity is magnified to a much greater degree. Thin-skinned, moody, melodramatic, hyper-sensitive, spineless, weak, fragile, temperamental … If you have been called any of these words or can relate to them, it might be that you are an empath.

Needless to say, being an empath is both a blessing and a curse.  On one hand, the empath is an understanding listener who knows the best way to comfort and assist those around them. Often a healer archetype.

On the other, it can be a painful and tiring experience.  An empath can be easily weighed down with the constant negative emotional energy of others, which can create a very palpable physical and psychological disharmony.

Here are some things noticeable traits of an empath:

It is alright to be an empath. I am proudly one!( ofcourse once i got a handle on my inner emotional soup)

Don’t let people convince you otherwise. There are many who do understand you or at least try to and there are those who can guide you. In my practice,  I find many clients who are empaths and unable to protect themselves and this leads to depression and anxiety. 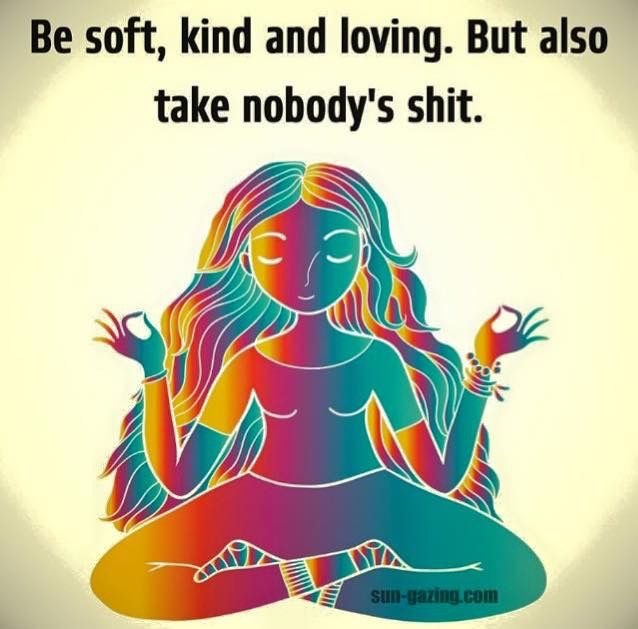 Some ways to cope:

Meet a psychotherapist( yes this is a shameless ad for me). Personally, I needed the safe space therapy provided to manage my emotions. So I highly recommend it.