Jeffrey M.’s wife has just said something thoughtless and offhanded, his four kids are bickering, and with every passing day, his head spins, his rage builds, and soon he’s feeling like Mount Vesuvius with a red cloud deep inside his chest.

“When I get angry, the kids look at me like a deer stuck in the headlights,” says Jeffrey, an information technology specialist who lives in Calgary, Alberta. “They’re stunned that dad’s exploded on them again…I’m an adult and I should be more conscious of what’s going on, more in control of my emotions.”

“Anger is an outward expression of hurt, fear and frustration.”

Anger is a common response that we all feel at certain points to various situations and circumstances. It can stem both out of different triggers, physiological illnesses and mental illnesses such as intermittent explosive disorder, major depressive disorder and substance-induced mood disorder.

However, for those who have anger stemming from Bipolar Disorder, it can range from mild to severe rage. People with Bipolar Disorder display greater extremes of anger and aggressive behaviour, especially during acute and psychotic episodes, dealing with which can be challenging, requiring patience and understanding.

Most times, there can be no particular trigger that sets off anger. Rather, the person may simply wake up feeling angry. It may also be that the person may be highly sensitive to particular actions that invoke anger even for the majority of people.

In some instances, a person can significantly over-react in a very angry manner to an event that most people will only find mildly irritating or inconvenient. It must be understood that for most people suffering from Bipolar Disorder, such uncontrolled bouts of anger cause a lot of damage in their marriages, family lives and personal relationships, along with ruining their career. Unfortunately this leads to emotional isolation.

What is the link between Bipolar Disorder and Anger? 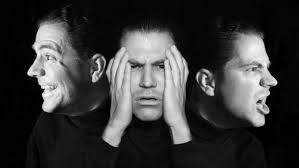 A person with bipolar disorder has a condition that is linked to chemical imbalances in the brain. The symptoms are comprised of going through cycles of depression and mania where the person may have too much energy, poor decision making, or racing thoughts. A majority of people with bipolar disorder also have moderate to high levels of anger.

It is accepted that most people with bipolar disorder need medication to help correct chemical imbalances in the brain. Therapy is often very helpful because thoughts, environment, familial support as well as social acceptance are all very important factors in controlling Bipolar symptoms.

Undergoing treatment from a therapist, or primary care physician who has training in mental health can be a helpful course. In most cases, a person with Bipolar Disorder will benefit immensely when participating in therapy and taking proper medication.

Real healing starts once the nature of the condition is accepted. Extreme anger can lead to a loss of control, where by the patient may resort of acts of violence or hurt that they do not intend.

Therefore, it is best to keep a distance, especially during a state of rage, protecting everyone from injury. It is important to handle a person with Bipolar rage with empathy because in most cases, their anger is incomprehensible to them, and they often do not remember such episodes. 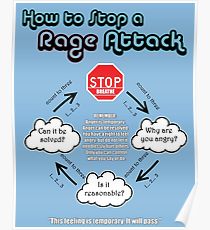 Bipolar anger can be a difficult problem to cope with. It is helpful to learn about the condition and different ways to handle an episode of outburst in order to protect and control loved ones from harm.

Here are some ways to cope with the disorder: