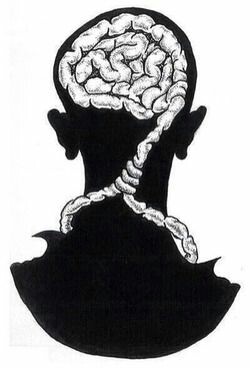 Understanding Suicide and Preventing it 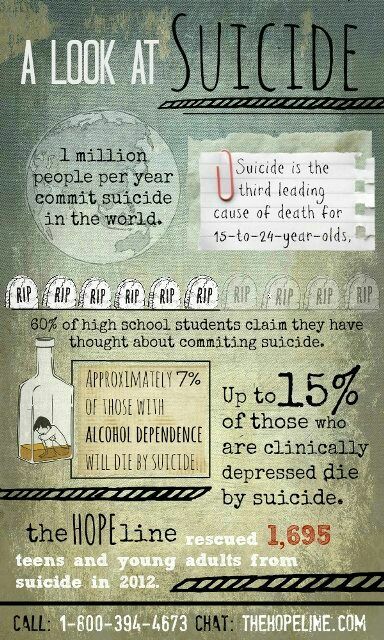 The second week of October is Mental Health Awareness Week. And while we have been spreading awareness and education about mental health and beating the stigma all over social media and otherwise, there is one topic that warrants a separate mention — the issue of suicide, especially among teenagers.

In this blog we shall talk about how depression and suicidal ideation manifests in teens(can be applied to adults as well), the signs to look out for and what to do if someone around us is feeling suicidal.

As children transition into teens, they have new responsibilities and new complications in their life. Trying to establish an identity, understanding themselves, growing physically and intellectually, learning to operate independently and balancing school, friends and family can be a lot of pressure. It’s easy to feel overwhelmed at times and may lead to depression.

People who are feeling this way need to hear an important message – there’s hope and there are people who care.

Depression and suicidal tendencies in teenagers may be caused by a number of reasons – they might be feeling rejected, hurt, guilty or ashamed about something, feeling unwanted and unloved. At the same time, they could be a victim of abuse(physical/emotional/sexual, etc) and bullying or be trapped amidst extremely stressful family situations.
There might be worried about disappointing the family. Feeling like a burden to loved ones, feeling like there is no way out, feeling trapped and feeling isolated are common among teens suffering from depression. 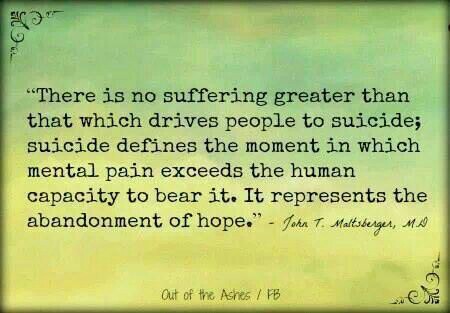 Suicidal ideation occurs when our suffering surpasses our resources to cope with it.  Suicide is not ‘selfish’. It is literally one person not thinking about themselves to the point where they wish to drive themselves into non-existence.

Over a million people lose their lives to suicide each year – that’s quite a sizeable chunk. Most teenagers and young adults die from suicide than from heart disease, cancer, AIDs, stroke, pneumonia and probably 100 other diseases combined. 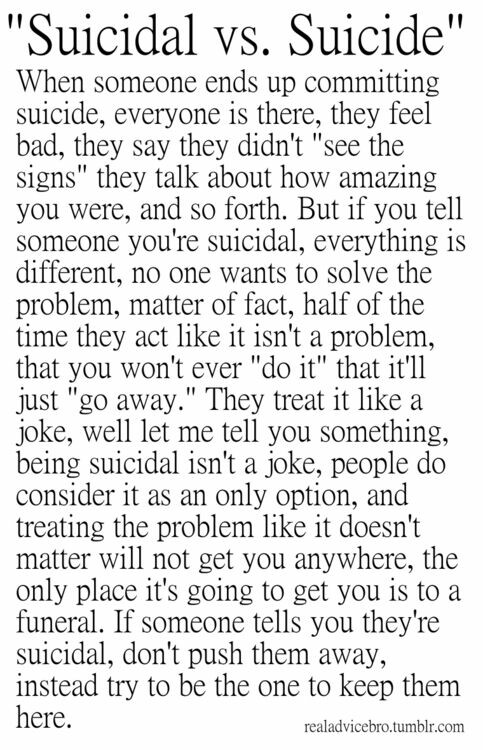 It is important to understand that suicide is not a random violent act. It takes a lot of time for the pressure to build up to the extent that an individual contemplates taking their own life. It is a terminal symptom of depression and other mood disorders.

It may sound strange when people who have survived a suicide attempt say that they didn’t really want to commit suicide. They just did what they did to get out of their own personal hell – a seemingly impossible situation in which not going on anymore seemed to be a better idea.

“People who’ve survived suicide attempts have reported wanting not so much to die as to stop living, a strange dichotomy but a valid one nevertheless. If some in-between state existed, some other alternative to death, I suspect many suicidal people would take it.” -Alex Lickerman M.D., Psychology Today

Signs to look out for:

▪A prior suicide attempt is a red flag that it may occur again.

▪Talking about ending one’s life, preoccupation with death, the idealisation of death.

▪Withdrawal from friends and family,

▪Overdosing on alcohol or drugs.

▪Preparing to give away possessions, writing a suicide note,

▪Talking of being a burden, feeling of hopelessness and helplessness or unbearable pain.

What can you do if someone around you is suicidal?

▪If you can identify some of these warning signs in someone then it might be a good idea to ask them if they are feeling suicidal, give them a space to talk about it and be there for them.  Make sure you listen in a non-judgemental way.

▪Most of the time, people who may be contemplating suicide are willing to talk about it.

▪Help delay the impulse: Let them know that you will do whatever you can to help them get through another day without ending their life.

▪Do not leave them alone and remove all sharp objects, medications, and other potentially hazardous items(floor cleaner, harpic, insect repellents, rat poison)

▪Offer reassurance that you are there and that you care.

▪Call a crisis helpline and guide them to seek professional help. 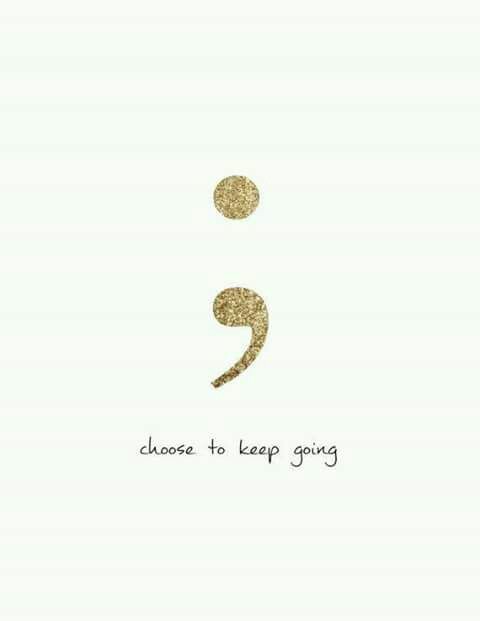 And if the person reading this is not feeling okay, remember, there is always hope. Some days are terrible and then there are some better ones. Choose to hold on.